Who Was Your Favorite Teen Idol? My Readers Response 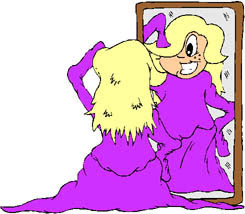 Yesterday's Tuesday Question asked, "Who Was Your Favorite Teen Idol?" and I was lucky enough to receive comments from the most entertaining bloggers on the net ! The following bloggers are all super talented people with a fantastic sense of humor, that I'm sure were spectacular teenagers! So pull up a chair or couch, but be sure to get a coke, coffee, or whatever you need, and come walk with us down memory lane!

And be sure and check out these bloggers sites before you leave, they all have great blogs! Thanks to all of you reading and those who generously contributed to a another fun day and another fun Tuesday's Question! You've made me feel mighty groovy!

My friend indeed and first commenter yesterday was the unforgettable Sandee, from Comedy Plus! I bet Sandee was fun to have a class with! For one thing, she doesn't follow rules, and that means I would've definitely been her sidekick. I always hung around people like Sandee, because of their dry wit, kindness and appetite for adventure.

Because Sandee was my first commenter I posted her favorite teen idol (or one of them)
Ricky Nelson. Thanks Sandee!

Here's Sandee's comment and the link to Comedy Plus:

That would be Fabian. Wow, when he did the movie Ride The Wild Surf I was instantly in love. That hard body and big smile did me in. What a hunk he was.

I never follow the rules so I have a second hunk that really did it for me. Ricky Nelson. I loved the The Adventures of Ozzie & Harriet television show, but Ricky made it a real hit when he would sing.

I dreamed about both of these hunks through my teenage years. What a wonderful question and thanks for a walk down memory lane.

My next blogger is Winston from Eat Your Maths:

Winston is one of my most cherished visitors. He faithfully tries to remember to play Tuesday's Question. When I began posting the weekly question, I received several messages from Winston saying he was sorry he forgot, again. When finally a few weeks ago he remembered, and rushed over to answer; only to find a postponement due to the memory of September 11th. He understood, but was disappointed to say the least , bless his heart. Pay close attention to his comment. Thank you again Winston for your undying loyalty and friendship.

Here's Winston's comment and link to Eat Your Maths


Hello Ann, I came here thrice and I was thinking, 'Why isn't there Tuesday's Question?' and it is here! Haha...

OK to tell you the truth, my 'years' were about 2-3 years ago only, so it shall be Britney :P

How are you, Ann?

My next Blogger, is the hilarious Whimsy girl, with whom I share a secret; Whimsy girl is the only blogger who knows where I got the nickname Slugger!
Don't get nay idea's about trying to bribe her either , because us woman stick together! Thanks Whimsy Girl! Here's Whimsy girls comment and the

I love your question and even though I don't have an answer, I just had to play anyway! LOL I was the absolute nuttiest child on the planet - books and old movies and even old timey radio shows thrilled me when I was a kid and I had the biggest crush on "The Shadow" from the radio story show! We lived in Iceland at the time and after it was bedtime, I would turn on this radio and they played these old radio shows and he was SO suave. I would pretend I was in the radio show! It's where I first developed a love of acting LOL! So, no teen hunks for me - I mean, after all, who could compete with my hero . . . only the Shadow knows!

My next commenter I think is really a long lost sister we are so spiritually in tune with each other. One day when I was feeling lower than low not knowing what to do with my life as a empty nester, I decided to read the front page of a writers site I'd been having fun with. That site turned out to be Helium! (Which I think Christy is writing an ongoing post about right now, that you ought to check out.) Anyway, I read one of her articles on the front page and was blown away by how good a writer she is. That article lead me to Christy's Coffee Break, which inspired me to blog, and the rest is history. I thought I had been blessed with the knowledge of my place in the world and had, however the biggest gift that day was one of friendship. Plus, she doesn't follow the rules either!

Thanks Christy for your contribution to my life as well as to Tuesday's Question. Here's the link to Christy's Coffee Break

I just found out that you are exactly 11 years older than me because I was born in 1972! My husband was born in 1965, but I'm sure if I asked him he'd say he was too cool for the Partridge Family, lol.

So I guess I'm representing the eighties when I tell you I was in love with Michael Jackson. I'm talking about the days when he had a face. He was so cool, I even had the Micheal Jackson sparkly glove and learned how to do the moonwalk. I had pictures of him all over the wall, and I still remember his red "Beat It" jacket. hahaha...who new?

Also I was seriously in love with Morten Harket of A-ha and you can still see him posted over at my hangout - I mean bat cave. My love for Morten is eternal...lol.

Oh and one more...superman!! When I was eleven I went out and rented the whole line of superman movies and watched them about 20 times each, lol, I was so in love with Chrisopher Reeves...

How many hunks is that anyway?

Another fun question Ann!! Have a great night:)


My next visitor is new friend, talented blogger Marja from Dutchcorner. Marja and I have recently become friends, but I know this much about her. She's a great storyteller who writes of her family and life experiences all the way from New Zealand! She also posts uplifting inspirational poems and quotes that just make you feel good! Thanks Marja for your support and comment on Tuesday's Question:

That is definitely Julien Clerc
A French chanson singer with dark curly hair.


And last but certainly not least, another new friend and prolific writer, Patois from Whee! All The Way Home! A really talented and funny writer Patois has a Tuesday fun day herself, called Jump One, Jump Two, Tuesday, where you have a choice of two questions to answer! I said to myself when I saw her post, "Oh I see, I'm not the only genius around here!" Thanks for your comment Patois!

Here's Patois comment and the link to Whee! All The Way Home

All right, let's date myself. (Not like I could get a real date, right?) At the age of 8, it was Bobby Sherman. At the age of 10, it was Michael Jackson. Our "gangs" were divided down the Jackson 5 line or the Osmonds. My first concert? 10 years old seeing the Jackson 5.

Great question Ann! Tell Christy that she is the same age as my baby brother who was born in '72. I am just a few years older than her ('69') but I also had a big crush on MJ. I had the sparkly glove too. I also loved John Travolta, Six Million Dollar Man and Superman too! Are Christy and I the same person? LOL!


Thanks again, to everyone who contributed to Tuesday's Question and to those of you reading. The world without all of you would be "a little colder" as The Beatles would say, and in The Rolling Stones words? "Tell The Next Time We Say Goodbye!"

Posted by aniceplaceinthesun.blogspot.com at 4:12 AM

Ann: You must have a heck of a talent, you have such a knack of making an ordinary thing sound so good! Thank you for your kindness, and thank god for your talent.

And thank God for your friendship! :)

The Boogeyman Man From Planet-Lackawanna-