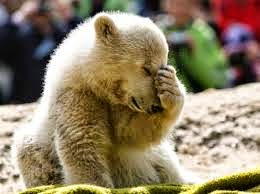 
"Twenty-two-year-old Skeeter has just returned home after graduating from Ole Miss. She may have a degree, but it is 1962, Mississippi, and her mother will not be happy till Skeeter has a ring on her finger. Skeeter would normally find solace with her beloved maid Constantine, the woman who raised her, but Constantine has disappeared and no one will tell Skeeter where she has gone.

Aibileen is a black maid, a wise, regal woman raising her seventeenth white child. Something has shifted inside her after the loss of her own son, who died while his bosses looked the other way. She is devoted to the little girl she looks after, though she knows both their hearts may be broken."

I loved this book, and have written a short story of my own about a similar experience. One of the most important person in my life was an uneducated black woman named Edna. Edna helped shape me into to person I am today. God bless the unknown heroes who have a profound influence on our character.

The Help was written by  Kathryn Stockett. It is her first novel. To learn more about her visit Amazon.com.

Thank you for stopping by A Nice Place In The Sun.

Have a happy Saturday. :)

Posted by aniceplaceinthesun.blogspot.com at 3:04 PM 4 comments: