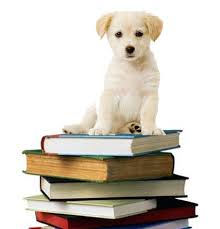 
Make Way For Ducklings: First published in 1941, this 1942 Caldecott medal winner and Massachusetts State book, is still delighting an audience of children and adults alike. Robert McCloskey’s gentle prose and award-winning illustrations magically capture the true essence of parental birds in flight. Every child should join Mr. and Mrs. Mallard in search of the perfect place to raise their family. The books large double-page spreads invite children into the ducks adventure. You feel you are soaring with them above houses, trees, and farms and want to stay on each page awhile. I loved holding the giant pages as I joined their flight over the city of Boston.


While flying toward the city, Mr. and Mrs. Mallard cannot agree on the perfect place to stop and investigate. Since Mr. Mallard likes the places that Mrs. Mallard does not they continue flying until they are too tired to go any further. They decide to stop on an island in the middle of the Boston Public Garden. The next day they swim and fish in the pond, stroll along the bank and are pleased with what they see. But then, they run into some unfortunate misgivings and decide to look for a more suitable spot, since Mrs. Mallard feels the park may not be the proper environment in which to have “babies” after all.

After flying again over important landmarks, they find the perfect spot not far from the Public Garden, but a more suitable place for their offspring to hatch.

Living by the pond is comfortable for the duck couple and they find a constant supply of peanuts from a human friend and police officer named Michael. However, after Mrs. Mallard lays her eggs in the nest she can no longer visit Michael, since she must lay her eggs and take care of them after they hatch. We do see Michael again and he proves to be both a hero and a trusted friend along with the entire city of Boston.

Robert McCloskey’s warm-heartened portrayal of these parents is the backbone of this classic in addition to its articulately written prose and truthful illustration. The Mallards are devoted to their offspring and spend a good deal of time teaching them how to live safely in the world. You are convinced you can trust them and like them instantly. I really fell in love with these ducks and snuggled up with them in flight twice on my couch this afternoon.

The prose is simply poetic and the illustrations vividly drawn depicting a true duck family living a happy Mallard life!


Although written for ages, 4-8 the book is one of the best picture books to read aloud to a young audience according to many reviews.

.
Make Way For Ducklings was designated the official book of the State of Massachusetts in 2003.