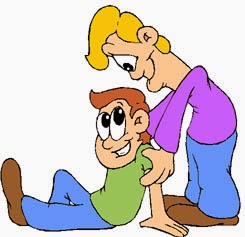 When I was about six, I would rest my arms on the window pane in my bedroom, and wait for my father to return from work.  When my arms got tired, I would lay in bed and listen for his leather Cowboy boots hit the concrete leading to our front door. You see, my father had a dangerous job, so I was afraid he would not return for what seemed like years every time he went to work. I could not close my eyes until I was sure of his save return.

There were times when I was awake at my window when he returned, and I loved to hear his Cowboy boots walking toward our front door, he felt as though his boots stepped in rhythm with my heart.
Sometimes, I wondered if he was my father, or an imposter, I’m not sure why, but I would be willing to bet, it was because I didn’t see much of him.

To me, he was an untouchable hero-  I can roll my minds eye back in time, and his black curly hair, greenish blue eyes, Cowboy belt buckle, and of course, his boots.

My father was a Captain at our home towns Sheriff's Office for thirty years, not by choice, but because he had children to feed, my oldest brother, followed by my middle brother, and me, the youngest.  He wanted to train horses, and he tried it for awhile, but my parents had to move to a city out in the country far from Doctors and hospitals, so his dream died when my brother developed asthma. This is a story I’ve been told, and I believe it’s true, although my father never spoke about his dreams, and never complained about the sacrifices or choices he made, he just did the right thing.

Read more »
Posted by aniceplaceinthesun.blogspot.com at 10:47 AM 7 comments: 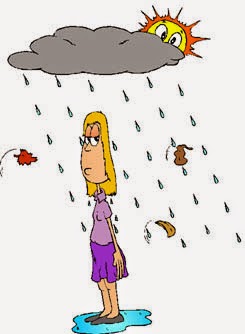 When I was about nine years old my grandfather said to me, "Ann, if there were a thousand people standing on a bridge with you, and one bird flew over, it's poop would land on your head."

I think about his words all of the time, but this phrase remains in the corners of my mind. (I cannot imagine why?)

There are so many words we remember from our parents and grandparents that never leave us, I can still hear their voices echoing in the recesses of my mind.  The other day, I passed by my grandmothers old property, where a new house has been built, and another family lives inside. I looked at all of the Azalea bushes, Magnolia tree, etc..but in my mind her house was there, along with my memories.

The new owners cut down the Pecan Trees, but I could still see them standing tall and proud, doing their job for the world. I also saw myself on her back porch digging around fifty year old gardening tools.

I loved to sit on the porch with my grandmother at dusk, and watch the moon travel toward the sky. I could not wait for the sun to go down, so I asked her again and again when the moon would come, and she'd say, "Be patient, the man in the moon is busy, but he will be here soon."

Then, my grandmother would say, "Listen for the sound of crickets then you'll know the moon is on it's way." So I did- After which, the crickets began to chirp, and the moon slowly touched the dusty sky.


Sorry, I'm posting late in the day. Believe it or not, I'm having trouble with my new computer.
Which reminds me to thank all of you who are commenting on my posts. For some reason, I cannot reply, but I will figure it out soon. Thank you for your patience, and for stopping by A Nice Place In The Sun. I hope you enjoy this video, and the rest of the evening.

Posted by aniceplaceinthesun.blogspot.com at 8:25 PM 5 comments:

Tuesdays Question! What Do You Like Best About Your Husband, Partner or Self?

I know it's bit late...but here's Tuesday's Question...
it just popped out of the sky. (Although I should have posted an image of the moon, since it's late in the day. Deadlines slowed me down today. I think deadline is my least favorite word.  )

What Do You Like Best About Your Husband, Wife, Partner, or Self?

You can answer this question any way you like, for example, you can use your parents, (living or alive.) children, friends, etc...

I'm single at the moment, so my own question is difficult to answer, but I'll try- :)

What I like most about myself is a love for people, and a good sense of humor.
I also love those traits in others- In addition to character-


Thank you stopping by A Nice Place In The Sun, and taking the time to read or answer today's question. It helps know get to know you better-

Oh yeah, I would like to add that I will also visit your blogs, and not to forget to let me know what song is in your head today? Mine is posted on the sidebar- Have a happy and relaxing evening-

Posted by aniceplaceinthesun.blogspot.com at 6:55 PM 4 comments: