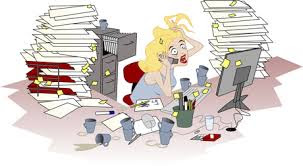 It all started Saturday when I began my internet travels. I was happily typing away when a message with a phone number appeared on my monitor warning me that my computer was about to freeze. I panicked when I tried to close the message and it refused to yield, so I dialed the number listed, which happened to be the number of a computer technician company. I was told I had too many files running in addition to four hackers whacking my computer to death and if I didn't do something the system was going to collapse.

I don't know if I was too tired, scared, or both, but I paid them a nice sum of money to delete the files. I must say my computer is running faster, but I'm not. Not to mention the fact that I'm a little worried and embarrassed that I may have been a victim of a scam, but maybe not, who knows?

This company worked on Driftwood, (My computers name...I'll explain in another post) all afternoon, while I was on the phone following wires and answering questions, like,

"Is your mouse plugged in?' Followed by, "Hmmm, well, are you sure your computers plugged in, Ms. Clemmons?"

I realize that computer technicians do not have it easy, but all of the questions and the plugging and unplugging of wires can truly drive a person batty.

I was on the phone with them so long that I started daydreaming about cutting Driftwoods wires-Again, my computer- and stomping him into shimmering slivers of glass, like a five year old child with a broken toy.

In closing, everything worked out fine like it always does, and Driftwoods happy. Although, I'm sorry I missed Awww...Monday's and I suggest you follow the link to Sandee's post, link up and join the fun. 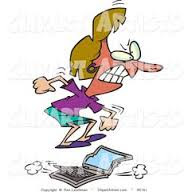 Thank you for visiting A Nice Place In The Sun, especially late in the day and be sure to stop by tomorrow and answer Tuesday's Question!

Posted by aniceplaceinthesun.blogspot.com at 9:02 PM

Oh I wouldn't have fallen for this one. I have a computer guy that does my work and he's very good and not all that expensive either. I would have shut down and taken the tower or laptop to him immediately and had his check things out.

Oh well, if things are working okay then good. If you have a money program with account numbers and such I would worry a lot. Just saying.

Have a fabulous day my friend. Big hugs to you and my very best to Simon. ♥♥♥