Tuesday's Question- Hmm...? A question that will bring you back in time...so, fasten your seatbelts

Are you ready to answer A Nice Place In The Sun’s weekly post entitled Tuesday's Question???

Tuesday’s Question is as old as this blog, which I started writing sometime in 2007, thinking it would be a great way to get to know the people and bloggers who were reading my blog, and in turn,they would learn more about me, then within a short period of time, I realized their answers were just the icing on the cake, because after I began visiting their blogs I forming valued friendship.

Moving on, please be advised of the fact that some of Tuesday's Question's are a bit heavy, for example, look at this poor man; 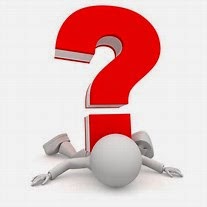 Just kidding, you can relax, most of the time Tuesday's Question's are light and easy to answer, because I want to encourage you to comment, that way my visitors, friends, and I can get to know you.


Oh, I almost forgot to ask the question, which, by the way, will take you back in time, so fasten your seat belts. Here's it is:

What is your first memory?


When I was three my family moved into a house in a subdivision still under construction. Our    house  was one of two that were built and bought. Through the years we watched house after house become a part of our street and neighborhood.

But, before that, my brothers and I had the run of an untouched world, full of green clover, wild animals, grassy green lawns, and Ant beds.

Being too young to join my brothers without an adult, I was confined to the house, which was fine, because I had time to plan an escape.

Anyway, long story short, one day I found an opportunity to escape my captors, and dashed out the door after my brothers when they ran outside.

I'm not sure if they were running away from me, or weren't aware of my existence, but I simply could not catch up with brother one or brother two- Finally, out of breath and gasping, I stopped running and stood like a stone on an ant bed.-

Ants began to climb my legs like a trapeze artist crawling the rope that would take him/her to the top of a circus tent.

My three year old fingers could not slap the ants fast enough, and my legs felt as though they were on fire.

I began screaming for my brothers, but they were out of sight, so I continued to strike the tiny monsters, while thinking it was the last day of my life.

Then, I saw my mother sprinting toward me carrying a bucket of water.- I was saved by one of my captors, but punished for breaking the rules.-

Due to the fact that I was three years old, I couldn't comprehend how frightened my mother must have been, and as a result, I felt like I was being punished twice for the same offense. - I mean, why else would my mother pour a bucket of water over my head?-

Now, it's your turn, think back...What is your first memory?

You can write your answer in comments.

Thank you for stopping by A Nice In The Sun, and for participating in Tuesday's Question.

Posted by aniceplaceinthesun.blogspot.com at 5:02 PM

I can just see you standing on an anthill. Yes I can. Bless your heart. What a first memory.

I bet your father would love to know that he played such an important role in such a wonderful first memory. And it's great that it provided you with a sense of comfort as well as security.

I'm happy that you could see me on that anthill. That's a fabulous compliment. I'm thrilled that my ability to create imagery still exists.

Anyway, my point is I don't have as much time to simply practice writing itself.

I hope that makes any sense, but I think you know what I mean.

Thanks for a great answer, and for taking the time to write it.

You really are "Simply the Best."