Have you ever noticed how many people are intimated by stairs? Well, I think it's because we have all come across a few  "Mean stairs" at some point in our lives.  In fact,  I have to negotiate with the stairway to my apartment on a daily basis, and each step has a terrible disposition.  I decided to use a google image of stairs that resemble mine because this photo captures their true essence.
My stairs look just like these, steep and emotionally guarded...it's as if they're communicating in their stair like way, -Pun intended- "  I bet if they could talk they would say,
"Hello, don't be afraid," -daring you to lay your foot on the first step-
"Just hold on to the rail and you'll be fine, hee, hee..".When they're really railing against you and doing their best to stare you down, -Again, pun intended. 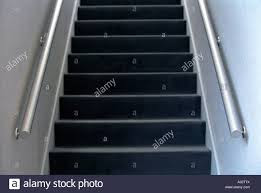 I had a nice holiday season, but my stairs creaked, moaned, groaned, and threatened to collapse due to the increase in footsteps from holiday guests. Every time a friend climbs the stairs to my apartment the first words out of their mouth are,
"Ann, you really need to get your apartment manager to fix those steps."
Now, I realize what I'm writing may sound odd, but I have a feeling that each rung on those stairs is laughing in it's flighty way...exaggerating it's hardship by creaking, moaning and groaning, but to be fair,   I guess I wouldn't want to be a staircase either.
Anyway, I couldn't come close to capturing the character of steps better than Jimmy Stewart, so I decided to post one of my favorite poems.  In addition to Jimmy Stewart's talent as an actor, he was also a great poet.  Thinking of my stairs I remembered his poem about a step over the holidays, so I had to post it.

Jimmy Stewart And The Step

The top step in the hotel in Junin is mean.
Like the Devil is mean.
And it lies at the top of the other steps,
So quiet, so still, so serene.
But this top step has something quite special,
A very ingenious device:
It’s half an inch higher than the other steps,
A whole inch to be more precise.
And it uses this inch as a weapon,
The guests of the place to harass:
For when you reach the third floor of that hotel in Junin,
The top step trips you right on your ass.
Now I’ve had my share of knocks on the head,
I’ve felt enemy gunfire in war.
But if you want my opinion of what’s really bad,
I’ll be glad to give you the score.
Of all the degrading, inhuman, mean things,
That I in my life have yet seen,
The gross, most despicable one of them all
Is the top step in the hotel in Junin. 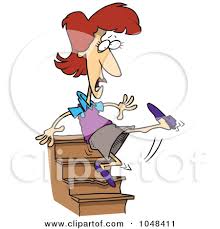 I hope you had a fabulous Christmas and a spectacular New Year!
Thank you for reading and for visiting A Nice Place In The Sun!

Posted by aniceplaceinthesun.blogspot.com at 4:33 PM

We had a nice Christmas and a very Happy New Year.

Have a fabulous day my friend. Big hug to you and tons of scritches to Simon. ♥♥♥


I'm so glad you liked it, Sandee. I love Jimmy Stewart. And I so glad you had a nice Christmas and new year.

I will send Simon his scritches and you have a fabulous day too. :))

I've never read this poem before. The picture of the stairs reminded me of the first apartment I lived in after I got married. I didn't mind all those steps at first but when I was 9 months pregnant bringing home groceries or laundry they sure did wear me out