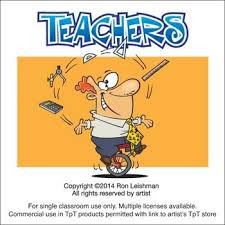 In honor of Teacher appreciation week, I would like to write about a teacher who was intuitive enough to realize that a fourteen year class clown had more to offer than a talent for disturbing the classroom.

Mrs. Wilkins taught English and Social Studies and I was in both of her classes. By the time I entered Junior High I had read most of the books on my mother’s bookcase, which in most cases didn’t match the School Board’s Curriculum.

As a result, I was constantly raising my hand in regards to the American Indians, etc.  It wasn’t that I was smarter than anyone else, it was just the seventies when most people had one television set, so I spent most of my time listening to music, reading, and writing.

I wasn’t trying to be disrespectful, I really didn’t understand why the stories about American History contradicted what I read at home. Although, I have to admit I liked to make others laugh, much like today.

Most of my teachers regarded me as a trouble maker, show off, etc.  I remember those teachers well, because of the effect they had on my self-esteem, because after all, I was being myself.

So, you see, teachers have the opportunity to shape children in a favorable way or not, teaching is such an important profession that requires special people.

In order to explain how well Mrs. Wilkins stood out from my other teachers, let me give you a few examples of my mischievous nature:

I asked my science teacher if we gave our eyes to science, how would be able to see when we went to heaven, and believe it or not, he told me I didn’t need to worry about that, because I probably wasn’t going to heaven. I’m sure he was kidding or couldn’t think of a response, but come on?

I also mispronounced the principal’s name on purpose. -Although I wasn’t the only one that did that.-
In math class, I placed a novel inside my math book. The math teacher caught me every day, but I continued to do it, sometimes the minute he turned his head I put the novel back in the book.

And there was the time, I talked my fellow students into rolling up a piece of paper before our teacher  entered the classroom, then when she began to teach, to leave their desks one by one and throw their paper away in the waste paper basket, which was next to her desk.  After half of the class threw away their paper, she finally said,

I went to the principal’s office and mispronounced his name throughout our nice conversation, then returned to class.

Those are just a few examples of how interested I was in my education. It took a gifted teacher to get my attention, because she cared.

Mrs. Wilkins, was not thrown off by my questions. She simply laughed them off, although she did put my desk in the hallway and explained to me that she had to follow the school boards curriculum.

In which I responded by asking,
“How can you do that when most of it isn’t true?”

She just smiled and said,

She had to put my desk in the hallway, due to the fact that I couldn’t stop asking questions, and when I apologized, she said,

“Ann, curiosity is the basis for intelligence.”

Then, she brought me books to read in the Hallway. She gave books on poetry and the works of Emerson, Thoreau, John Steinbeck, and many more.

When I was allowed to return to the classroom, Mrs. Wilkins asked the class to begin writing a journal, which she promised she wouldn’t read.  Although, she asked us to turn it in each day after class.

Well, I loved this assignment and wrote my heart out, then one day I got in trouble again, and she walked with me and the vice principal to the office. While we were walking the two adults started talking about me as if I wasn’t there.

“She’s from a good family, I don’t understand why she keeps getting into trouble.”

Then, Mrs. Wilkins said, I know, and she can write really well.”

I was lost, I thought to myself,

Write well? I have terrible handwriting.”

I wondered about that statement for the rest of the year. A year in which she taught me so much about writing, writers, and American English in general. Mrs. Wilkins was teaching me literally analysis in the seventh grade and she was better than any English Professor I ever had, by far.

In closing, she returned everyone’s journal at the end of the year, but mine.  I was furious, not because she wanted to keep it, but because she read it! I felt betrayed, until she told me that she wanted her students to write honestly and that the best writers write in their true voice.

By reading our journals she was able to gauge each student’s progress. Then, she told me something that has stuck with me all of my life.
I asked her why I couldn’t have my journal back, and she said;

“You can, Ann, but you will probably write a novel someday and I can use your journal to help a lot of students. But, it is your choice.”

Well, the novel hasn’t happened, but who knows? Perhaps, I’m a late bloomer.

I didn’t believe Mrs. Wilkins, I thought that you had to be a world traveler or a genius to write a book and for many years I pursued other options, but writing has remained a constant in my life.

For some reason, it keeps crawling its way back to me, although it wasn’t in my plans.

I think about how brilliant Mrs. Wilkins was all of the time and what a positive impact she made on my life, and I’m sure many others.
Mrs. Wilkins I hope you read this, well maybe I do, because I broke a lot of rules in this post, but then, what’s new?

Thank you for visiting A Nice Place In The Sun!

Did you have special teacher in your life?

Posted by aniceplaceinthesun.blogspot.com at 5:29 PM

I really can't remember a great teacher in my life. I've had a few in college that were pretty good, but my younger years I just don't remember anything noteworthy. With my childhood I'm not surprised.


Well, you sure turned out to be one fine human being. Someone I am grateful to know.

Thank you, Sandee, and you have a great day too!