The Mystery Of The Soda Pop Bottle 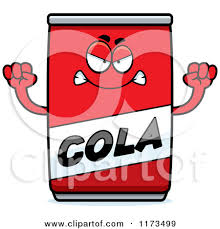 Right now, I have a two liter bottle of "Soda Pop," that I cannot open. I have tried to cut the top open with a knife, run it under hot water, hit it with the back of the knife, smash it against the counter, cut the tab off, plead with it, in the best words I could find, but no, the bottle will not open! I've had this problem before and these techniques worked, but not this time.

I do not want to mention the brand name of the soda, because it's the bottles fault. Although, I have to say, if I was inside a soda bottle I might not want to come out either.

But then again, I wonder what is inside? Does it have slivers of Gold in it, or what?


I know, I can return it to the store and trade it for another bottle, but I refuse to retreat from this battle, or maybe I should say, challenge, which I cannot resist. So I'm going to get into this rebellious bottle of one way or another. My nickname in Junior High School, High School and College was "Soda Pop" which my friends begin to call me because of a character in the book "The Outsiders," which was published in the last century, so the bottle cannot be holding that against me. Or can it?

It's bizarre. Many friends still refer to me as "Soda Pop" although only a few know where the nickname came from, with the exception of now, you know, which is alright. Maybe, after I write this post this bottle will let me open it. Although, one thing is for sure, the bottle will not win! 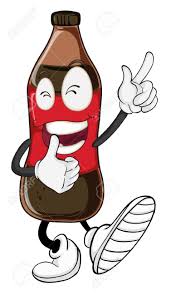 And it can keep on laughing...

What do you think? Any ideas?
Posted by aniceplaceinthesun.blogspot.com at 10:23 PM

Hubby and I have noticed as we age things are harder and harder to open. We use a pair of pliers on these hard to open items. It works every time. I just can't wait for another few years where we'll not be able to open anything.

They need to make things for seniors that we can open. Plain and simple.

Have a fabulous day Annie. Big hugs to you and tons of scritches to Simon. ♥♥♥

Yes, pliers are the best plan...Hmmm...that's one way to get this bottle. And by the way, the way you too look, I think you have more than a "few" years too open bottles, well, with the exception of medicine bottles.

They're simply ridiculous...what are the drug companies trying to do, kill us?

I have to get a pair of magnifying glasses to find out how I'm supposed to take my medicine.

You have a great day too and I will send Simon his "scritches." I really do tell him they're from you. I think he knows your name.

In the past year I've had problems opening bottles like that. The best solution I have is to give it to my husband to open for me....lol