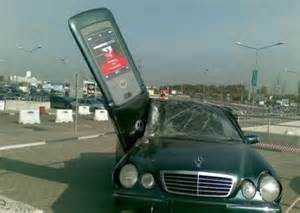 I’m having a nostalgic year. I miss the sixties, seventies, and eighties when camera phones didn't exist.
I miss riding in cars with my friends and singing the songs we loved on the car radio, instead of people listening to their own private songs through their tiny ear speakers.

Plus, we experienced our favorite artist’s music when we went to concerts instead of worrying about whether our camera phone was ready. – And most families had one phone -probably green- in their home and one television set.-

I do not like it, wherever you go, whether it’s a concert, or just walking around the streets, everyone in public, resembles a bunch of “big brothers,” from the novel 1984.  I worry and hope that tourists on vacation in big cities are aware of pick- pockets while they're talking on the phone and that all of us are mindful when driving a car.

When I think of our world in the next few decades, I shiver, because I imagine drones zooming above, below and beside us on every trip we take, every call we make and every step we take. I can envision those little jets in my mind’s eye, zipping around in our atmosphere smashing into stars. I do not watch much television, but when I watch the news I wonder how long we will need Photojournalists and when I watch a live band or performers on television the camera sashays among a crowd of people with cameras over their faces. It reminds me of what people look like wearing 3D movie glasses in a theater.

Not all, but if you photograph many audiences today, they resemble a bunch of mannequins with cameras covering their face, or worse, an entire generation of the “Stepford Wife’s” offspring.


Thank goodness, not everyone walks around with their camera phones, but I remember thinking when they first appeared, that they wouldn’t last long because they were just too big.

When I think of those old phones, I remember my grandmother and I waiting in a doctor’s office for an appt. one year.  The doctor’s office was typical of a doctor’s waiting room, where the only sound you hear is the shuffling of magazines. However, on this day, there was an exception, my grandmother and I were sitting beside a man who was screaming into his phone.-And I’m sure you remember how loud you had to scream into the giant monsters.-

Anyway, my grandmother began to stare at the man, and my body began to feel like a cork slipping beneath the surface of an undertow; I could feel my heart quicken because I knew what she was going to do and I was right.

In the doctor’s office waiting room she shook her finger at the man and said,

“Young man, -As she held his arm. - Don’t you know that it is rude to scream in a doctor’s office?”

Then, she escorted him outside. I was so embarrassed although he was driving me crazy.

Then when she came back in, she sat beside me and said,

“Ann, what in the world was that thing he was screaming into anyway, some kind of radio?”

I was embarrassed then, but now, I treasure the memory.

And, I have to say I’m glad they upgraded the enormous phones. Those things were awful.

In closing, I will admit that I have a cell phone, but I do not walk around with it in front of my face and I realize that the majority of us have come a long way when it comes to cell phone etiquette.

I’m grateful to be alive in a time of advanced technology, but I’d be lying if I didn’t say
I miss riding in the car with my friends singing together to the songs we loved on the car radio. Although, I do not miss the green phones with the long cords…or one television for the whole family, the rabbit ear antenna and green carpet. But…the music sure was great.

Thank you for reading…

One more thing, can you imagine if that phone from the photo above fell from the sky through your car window? At least the phones are smaller now, and the speakers so tiny, I’ve made the mistake of thinking people were talking to themselves.  I wonder what my grandmother would think of that.

Thanks for reading and visiting ANPITS.
Come back for more of what I call, “Blog Shorts or anything else I may come up with…

This is a part of Sandee of Comedy Plus “Silly Sunday”

If you want to participate, just visit Comedy Plus for the code. It's a lot of fun.


Posted by aniceplaceinthesun.blogspot.com at 10:36 PM

Well score 2 points for your grandmother. I wish more people would do stuff like that...lol I too have a cell phone but it's not permanently attached to my hand like it is with all the younger ones. Yes, they're convenient and I wouldn't want to give mine up but it's annoying watching people who are constantly staring at their phone either texting or playing games or whatever.

I would have loved your grandmother. Yes I would have. She did what I've felt like doing a million times. What a great memory.

I too have a cell phone, but I don't have it in front of my face all the time.

Have a fabulous day Annie. Big hug to you and tons of scritches to Simon. ♥♥♥

Your grandmother was a treasure!