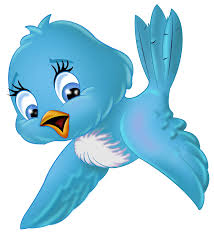 Hello, I haven't posted in so long I'm not sure if anyone is reading this, but just in case I thought I would update my posts. Where have I been? Well, if I told you the whole story, it would bore you to death, so I'll just say while I was offline I managed too lock out the noise in my life long enough to finish another manuscript. Now, all I have to do is send it off to agents and publishers. Golly, traditional publishing is rough work, but it will be worth it. I cannot wait to post one of my books on A Nice Place In The Sun. But, until then, here is my new post. 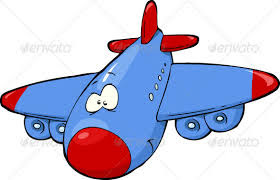 Lately, I've felt like a plane gliding in for a landing, sort of tipsy topsy. This feeling reminded me of a time long ago...

I've titled it, No Problem, but I guess you already know that-

Years ago, my brother booked a flight for me on a plane that resembled a crop duster. I was horrified when I saw it at the airport. I hate to fly, particularly on a plane that has ten seats.

I was flying to Fort Walton Beach, Florida, which happens to have a naval base, so I knew we would have to land under zooming jets, which are loud enough to burst your ear drums.

I was so terrified, I went into the airport bar, and I did not drink much, but this was one of those times when I needed a friend, and alcohol was more than happy to lend a hand.

I’m not sure how much I drank, but let’s just say I was mighty relaxed.  In fact, I wobbled on the plane thinking; oh I can do this, No Problem.

Well, things changed when I sat in a seat next to the right wing that looked like a piece of paper. When the plane began to take off I grabbed the arm of a man sitting next to me.-Poor guy- And again I told myself, No Problem.

Every part of my body was trembling, and I was slurring my words, so I can only imagine how this guy felt.

I’m sure he was thinking, “What in the world is wrong with this woman?” But, he was kind enough to let me hold his arm, which I practically ripped to pieces.

Then the worst thing happened- I had to go to the bathroom, which would have been bad enough, but when I asked where the bathroom was, everyone laughed, and said, “There isn’t a bathroom on this plane; it’s only a two hour flight.”

I thought, ONLY a two hour flight? But, I didn't dare say it out-loud, because I was a No Problem lady. Although, I'm sure all of the TEN people on the plane knew my bladder was about to burst.

I felt like a huge balloon had entered my body, and I had an hour and a half before the crop duster was going to land.

I knew I had to do something to get my mind off of my bladder; but my mind was racing so it was hard to concentrate. -Then I finally thought of an idea.-

Oh, when I think back to that experience I still blush, because at the time I remember feeling extreme heat exiting my body and the gobbledygook ringing from my mouth made it worse. Every time I get nervous I jabber, which I hate to admit it, but it's true.

You are not going to believe what I did, but again, it's true, so I'm going to tell you. The following is what fell out of my mouth, “Hello, would anyone like to sing with me?"

And there was no reply, just a bunch of faces looking at me like I was a huge bus heading in their direction. I'm not kidding; everyone on the plane looked horrified. I thought to myself, gee whiz, what's wrong with singing?

But again, I didn't say it out-loud; I just grabbed the unfortunate man's armed tighter, and said, "O.k. I guess that's a bad idea, No Problem"

Note: I did manage to wobble off the plane, only to met my Fiancé  drunk with a full bladder; and met just say, he was not a 'happy camper.'


Posted by aniceplaceinthesun.blogspot.com at 4:55 PM

Except for having to go to the bathroom it was a perfect flight. Bwahahahahahaha. You know I can see you doing all of this.

Have a fabulous day honey. Big hugs to you and scritches to Simon. ♥♥♥


Sandee, I just love you too death. I'm so grateful for our lasting friendship.

Hug and kiss Little Bit for me. How is she doing? I haven't read all of your posts, but I'm going too, and I enjoyed reading the ones I've read.

Anyway, hug her tight for me.


Oh, and thank you for your "scritches" to Simon. I tell him but he acts like he's unaffected. But, we both know he really likes it.

Simon is fourteen now. Can you believe that? I wish our animals could live forever, but then again I think they do. :))