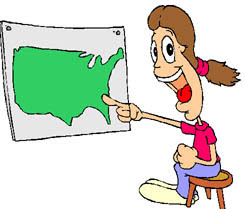 My brother sent me the funniest e-mail. He wanted to make me feel smarter, plus he said some of these were actually funny. It never ceases to amaze me how foolish people in the public eye can sound at times. I posted the ones that will really make you feel smart by the time you are finished...

I f you ever feel a little bit stupid, just dig this up and read it again; you'll begin to think you're a genius.

"Traditionally, most of Australia's imports come from overseas."
--Keppel Enderbery

Send it on to your brilliant friends.
I just did !!

Posted by aniceplaceinthesun.blogspot.com at 5:27 PM

You're right, I'm a genius! Bwahahahahah. :)

Me too! And you really are! Thanks to you, this post has pictures! (Laugh)

(Laugh) Thank goodness, someone around here has brains.

Have a great night, lol.

Oh my gosh, these are both horrible and hilarious!

It's nice to feel smart!

HAHAHAHA :) Ann, thanks for this. My brother scolded me for being a nut when i laughed for nth in particular (reference to your excellent previous post!) haha... Thank you, Miss Stress-reliver, you're the best tonic!

Misty dawn, You're right, Misty, it sure is..quite a mixture. LOL.